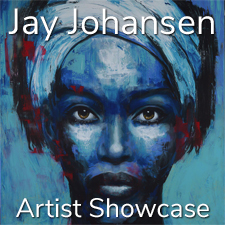 Light Space & Time Online Art Gallery is extremely pleased to announce that Jay Johansen has been named as the Gallery’s new featured artist and he will now be promoted by the gallery for the next 14 days in the gallery’s Artist Showcase.

Jay is an award-winning artist based in California, USA. Jay was selected as 1 of the top twelve finalists in the gallery’s 20th Solo Art Exhibition Series. The placement in this competition qualified his art to be showcased in this feature.

Jay’s Artist Showcase feature will be promoted to over 350+ major news outlets, with inclusion on Google News & Bing News. In addition, the gallery will also be featuring and promoting her artwork in the gallery’s various social media networks for further exposure.

Below are Jay’s Artist Biography and 5 images that were submitted to this competition.

Raised by his artist-father in Oakland, California, portrait artist Jay Johansen, began his journey into the art world at a very young age. Painting ballerinas, matadors, and Hawaiian dancers, Jay established an international collector base, ultimately leading to commissioned paintings of music icons, world dignitaries, as well as a long list of celebrity collectors.

After a brief hiatus, Jay returned to painting full-time in his studio with an interest in creating nearly photo-realistic figurative paintings. Today, Jay enlivens monochromatic faces of women with vivid colors that bring life to the canvas. Using broad strokes, as distinct from his previous style, Jay enjoys a freedom he's never felt as a professional artist.

Imbued with an energy of renewal, Jay is creating art with the verve he had as a child in his father's studio. He refers to his work as Pop Fusion Art. 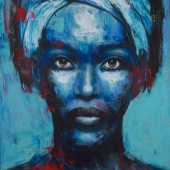 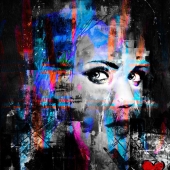 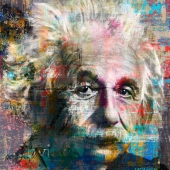 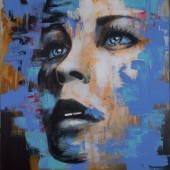 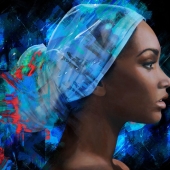