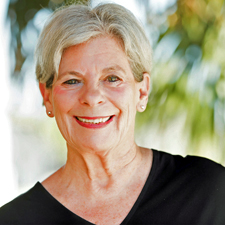 By Caroll Michels, Guest Blogger – With Excerpts from How to Survive & Prosper as an Artist: Selling Yourself without Selling Your Soul (Allworth Press, 2018)

A press release should be used to announce anything newsworthy pertaining to your career. Unfortunately, the press release is a tool underutilized because many artists are either too humble or too absorbed with career challenges and the bumps of daily living to recognize what about themselves is newsworthy. They might view the media as an inaccessible planet that grants visas only to famous artists. Consequently, many press release opportunities slip by.

Press releases that I wrote about some of my own projects generated an interview on Bloomberg Radio News and led to articles in the New York Times, the Washington Post, House and Garden, Playboy, Metropolis, New York, Architectural Design, and syndicated articles in more than one hundred newspapers throughout the United States. In Europe, my press releases generated articles in the International Herald Tribune, Paris Match, Der Spiegel, Casabella, and Domus. These articles then generated invitations to exhibit at museums and cultural centers throughout the United States and in Europe. In addition, some articles led directly to commissions and sales.

A press release can also be issued to publicize a new body of work. Artist Anthony J. Rudisill used a press release to announce “The National Park Series,” an ongoing project that consisted of landscape and seascape paintings honoring the 100th anniversary of the National Parks Service.  As a result of the press release, feature articles about Rudisill were generated in Mountain Living, Wild West Magazine, The Cottage Journal, and Arizona Highways.

Recipients of a press release should not be limited to art publications and blogs. For example, Susan Harkavy, a guerrilla marketing, and public relations consultant developed a press campaign for a client who is known for sculptures with a sports theme. Her client had received a very large commission from a sports league hall of fame. Harkavy’s press release targeted magazines in the fields of general interest, travel, sports, and men. It was also sent to metro magazines and newspapers in the city and state where the commission was to be installed, to in-flight magazines published by airlines that fly to the city where the commission was to be installed, to the hometown newspaper and magazines where the artist currently lived, and to the artist’s college alumni magazine. In addition, radio and television stations were contacted in the city where the commission took place.

Press releases have an amazing longevity. Writers tend to keep subject files for future story ideas. Although your release could be filed away when it is received, it might very well be stored in a subject file for future use. Press releases regarding my projects have resulted in articles or mentions in books as much as six years after the releases were issued!

Caroll Michels is a career coach and artist-advocate. She has helped thousands of artists launch and sustains their careers in the United States, Canada, Europe, Asia, and South and Central America. Her artwork has been exhibited in museums, including the Georges Pompidou Museum in Paris, Haus am Waldsee: Internationale Kunst in Berlin, and the Walker Art Center in Minneapolis, Minnesota. www.carollmichels.com