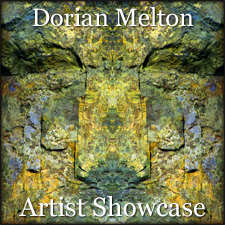 Light Space & Time Online Art Gallery is extremely pleased to announce that Dorian Melton has been named as the Gallery’s new featured artist and he will now be promoted by the gallery for the next 14 days in the gallery’s Artist Showcase.

Dorian is an award-winning photographer based in British Columbia, Canada. He was selected as 1 of the top twelve finalists in the gallery’s 13th Solo Art Exhibition Series. The placement in this competition qualified his art to be showcased in this feature.

Dorian’s Artist Showcase feature will be promoted to over 350+ major news outlets, with inclusion on Google News & Bing News. In addition, the gallery will also be featuring and promoting his artwork in the gallery’s various social media networks for further exposure.

Below are Dorian’s Artist Biography, Artist Statement and 5 images that were submitted to this competition.

For over 50 years, as a graphic artist, illustrator and fine artist, Dorian has worked in a fairly traditional fashion. Until recently, his approach to art-making has been quite conventional, beginning with observation, followed by drawing or painting using traditional media; pencil, ink, paints, etc.

In the past year or two, Dorian’s creative direction has experienced a major shift and as an artist, he has consciously chosen not to seek answers at the cost of long and arduous journeys, but to open himself to the quiet potential of that which lies waiting patiently beneath his feet. Dorian’s main medium now is digital image capture followed by treatment in Photoshop.

Dorian’s most recent work begins with the capture of a digital image of a section of natural texture on stone and rock surfaces on Southern Vancouver Island, British Columbia, Canada. The image then has it’s colour and contrast adjusted for dramatic effect, but the original textured surface remains. A simple mirror effect follows, and the patterns that arise from this are explored to discover expressive possibilities. The resulting image often seems to depart from it’s original source in the outer World and begin acting as a portal to the viewer’s inner World, inviting a wide range of exotic themes from the sacred to the profane from the viewer’s mind  (due, in part, to a phenomenon known as pareidolia).

With the images in this series, I seek the inner, hidden beauty in naturally occurring textures in geological formations found in the Cowichan Valley through the medium of manipulated digital imagery. My attention currently goes to spaces and things that are seemingly rendered invisible by their familiarity; rocks, cracks in the pavement, stains on various surfaces. My work has become less a vehicle for my view of the world, but more of a revealing of the stories contained in the voiceless materials around me.