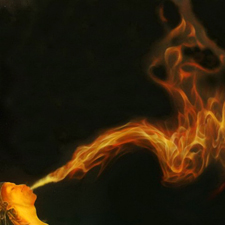 NEW YORK CITY, NY, February 14, 2012/ -- Ted Hayward proudly announces a most important innovation in art, since the introduction of the personal computer. His new art form is being introduced and shown at the Soho Gallery for Digital Art, in New York City, New York.  The opening is on March 1, 2012, at 6:00 PM and the show will be open until March 10, 2012 at 9:00 PM.

Ted states that, “the digital sensor frame is a web widget fed by a cloud instrument. The art contains all the illustrations of an entity correlated to the monitored temperature, as imagined by the artist. The artist uses real time temperature data to tell his story, his perception of live changes, correlated to a given temperature value.”

Ted believes that Multi-Sensory Moving Art is the most important innovation in art, since the introduction of the personal computer, and this new art form will be introduced and shown for the first time at the Soho Gallery for Digital Art, in New York City. For further information, their website is http://sohodigart.com

Ted Hayward, a representational painter, has recently combined traditional media with Multi-Sensory Moving Art, the first truly dynamic art form. Hayward’s work was featured at the Mall Galleries, London (June 7 -11, 2011) and at “Arte Natura,” in New York (May 5 -29, 2011). Past exhibitions have been at the Merton D. Simpson Gallery, the Soho Gallery for Digital Art, and the Nabi Gallery, all in New York City. www.tedhayward.com