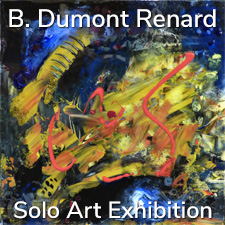 Light Space & Time Online Art Gallery is very pleased to announce that B. Dumont Renard (Elisabeth Renard) has been selected as one of the four winning artists of the gallery’s recent 20th “Solo Art Series” Art Competition.  Elisabeth will now have a month-long solo art exhibition and she will be featured on the gallery’s front page, in the Gallery’s YouTube Channel, as well as in the “Solo Art Series” archive.

B. Dumont Renard is an award-winning artist based in France. She will now be promoted by the gallery with an extensive public relations campaign.

In addition, as part of her award package, Elisabeth will now be featured as a Light Space & Time – Artwork Archive promoted artist.   Her art will also be featured on the gallery’s YouTube Channel and with an event postcard.

The “Solo Art Series” is a series of monthly solo art exhibitions for established artists who have a body of work to present to the public.  Artist participants were asked to submit the following 3 components for the “Solo Art Series” competition: 1. Their art.  2. Their artist biography.  3.  Their artist statement.  These elements were evaluated and judged, which resulted in the selection of the artists who will be featured in individual month-long solo art exhibitions.  This was the 20th “Solo Art Series” Art Competition that the gallery has conducted.

Below are Elisabeth’s Artist Biography, her Artist Statement, along with 20 artworks.  We hope that you will take the time to read Elisabeth’s information and to take a look at her mixed media artwork.

B. Dumont Renard was born in France in 1957. She signs her paintings B. Dumont Renard, sometimes BDR. She received her first easel at the age of 16 and began to paint under the expert advice of a painter from her region. At 18, her first exhibitions took place at the Pays de Salers in Cantal and at the Château de Val in Auvergne. During the next decade, she took classes at the ABC in Paris, experimented with various techniques and began to exhibit on a regular basis. At the same time, she worked on the creation of posters, wine labels and commissions for the State, in particular for various town halls. She also begin to experiment with illustration, mosaic, sculpture and eventually abstraction.

In addition, Elisabeth has an affinity for cats. She has created over two hundred cat drawings and acrylic paintings on paper, wood and canvas. Her cats brighten up her life and her work and this series of cats has been presented in many exhibitions, salons, etc. in France and abroad, including Tokyo, Seoul, Milan, New York, Shanghai, San Roan and Spain to name a few.

In 2009, she became a member of the International Collective of Artists Art Zoom (CIAAZ) in order to open up new horizons at the international, of which she has seen much success. She has also won awards for her work in numerous exhibitions and been published in numerous books and magazines.

The media I use for my art consists in superimposing several layers of resin, with long drying times between each layer, in order to obtain glazes. It is the search for a special light and effects of depth that guide me in my process. Breaking with the classic conception of painting according to which the reflection outshines the vision, my work is noteworthy for its dark tones associated with luminous contrasts and is based on the demonstration of the way in which a color escapes monochromy. I would like the viewer to get lost inside my paintings and my work is an invitation to poetic experience. 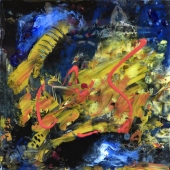 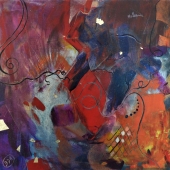 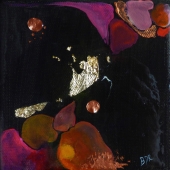 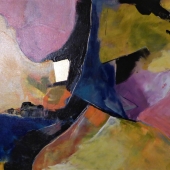 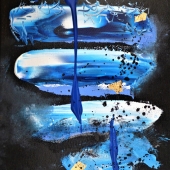 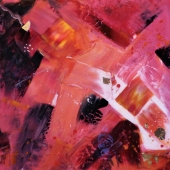 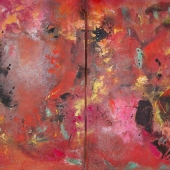 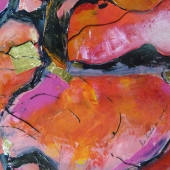 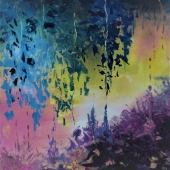 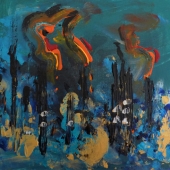 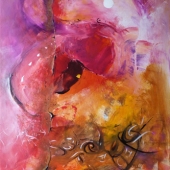 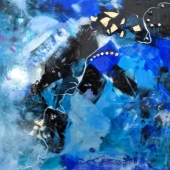 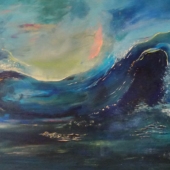 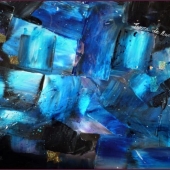 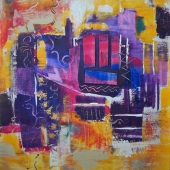 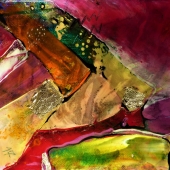 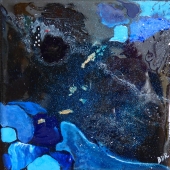 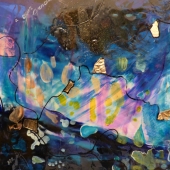 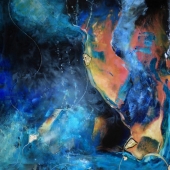 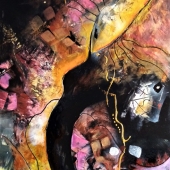